Unusual Settings in Horror: Making Weird Work for You

Like so many people during this month, I'm in the mood for horror and spooky stories. Don't get me wrong, I love the traditional stuff - haunted houses, cemeteries, empty countrysides, creepy small towns, and desolate, winding roads. Sometimes, though, a change of scene can be nice. I love the thought process that Alien was a haunted house movie set in space. Although we're used to the trope of bizarre things happening in modern settings now, Poltergeist was creepy because the hauntings took place in a brand-new subdivision. Look at the diversity in the haunted house industry: there are mazes set in gothic settings and woodland paths, sure, but let's not forget the evil circuses, bogeyman-infested bayous, sinister swamps, macabre meat-packing plants and minimarts, and any other setting you could think of. If it exists, it can be made creepy, I can tell you that from personal experience. Not only does it give a person pause about what's safe and what isn't (which is a huge purpose of horror), but it also makes you appreciate all that can be done with the genre.

I love working with time periods and places that people may not expect the horror genre to touch. What's great about writing is that what seems obvious to me may not be obvious to Fred down the street, or vice versa. All our different interests and experiences lead to some really different, interesting titles. And if they're creepy as hell, even better.

I grew up near the woods. Either I had friends who lived on a decent amount of land or we were near enough to always be hiking through different state parks, and it wasn't unusual that evening drives took us down winding roads where trees looked like they wanted to tear right through the guardrail and get at the cars that passed them by. While forests are peaceful, there's also something inherently claustrophobic about them, especially at night. It's easy to get lost in the trees, and also very easy to be taken unawares, especially by something stronger or more animalistic than you are.

I'm also a history nerd, and I love tales of pioneer America, people working hard to survive and care for their families, doing what they can to stay just a little bit ahead. Their sense of community, faith, morals, and family could be unshakable. At the end of the day, though, they were at the mercy of nature or whatever else life threw at them.

Naturally, that combination just made me want to mess with fictional pioneers and see what would bring a hearty cast to their knees.

Yeah, I wonder about me, too.

Essentially, it's the same kind of logic that made War of the Worlds so terrifying at the time it came out - what if there was something that you just couldn't fight? Remember, the original wasn't the Tom Cruise fest with modern, easy outs. There was a much bigger gap between alien technology and everyday people. In my own work, I wanted to play with people's natural superstitions, and something that might actually be found in the woods, which can be a dangerous and creepy place, anyway. I've also always been interested in lumber culture because I have weird interests, and the term mooner took me by surprise. It's not used often, and I've not seen it filled out very much, other than to allude to some mythical creature that haunts the woods.

That could be a lot of things, and I suppose the obvious choice would have been werewolves, but I really liked the idea of mooners as vampires. After all, in a time period where you're forced to depend on those around you, what happens when your neighbors aren't exactly trustworthy and there's no one else for miles, and travelling miles could take days?

At the end of the day, setting and time period don't really matter. Our fears are primarily the same, we're still wired the same as humans, and react the same way to fear. The fun comes in the research, when you can find specifics to a time period or place that you can play with in your story, making things even harder for your characters and fun for your readers.

It's a lot to think about and a lot to work with. At the end of the day, I'm happy with how the story turned out, but whether it's effective or not is ultimately up to the readers.

So how bout you? What are your favorite unusual settings or time periods in horror? 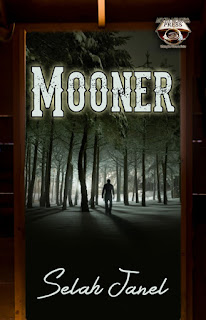 Like many young men at the end of the 1800s, Bill signed on to work in a logging camp. The work is brutal, but it promised a fast paycheck with which he can start his life. Unfortunately, his role model is Big John. Not only is he the camp’s hero, but he’s known for spending his pay as fast as he makes it. On a cold Saturday night they enter Red’s Saloon to forget the work that takes the sweat and lives of so many men their age. Red may have plans for their whiskey money, but something else lurks in the shadows. It watches and badly wants a drink that has nothing to do with alcohol. Can Bill make it back out the shabby door, or does someone else have their own plans for his future? 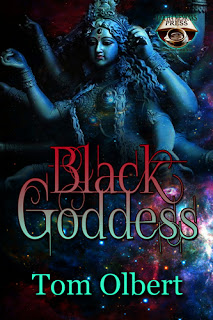 With October’s chill frosts I waken and creep, through rustling leaves and sighing winds and the shadows of gnarled tree branches that scratch like long bony fingers at window panes by night.  Sweet, sweet night.


Mist thinly veils the sweet, silver moon, like silky veils over an expectant bride.  What footsteps those, on cobblestone streets in the shadow of sleeping towers, in the cold, pale light of the moon?  Echoes, you say?  So you might pray.


What forms will I take, twisting like mist in the breeze, like the leaves changing as the season shifts, as the border grows thin and moonlight falls on headstones while lovers quietly dream?  Am I a shadow lurking on a distant half-lit street corner, or on the creaking dark porch of an abandoned house you hurry to pass, your heart quickening?  Or, am I closer?  A half-recalled memory cloaked in layered guises that waits just beyond the misty border of your next dream?


Or, am I closer still?  Do I hide in the deepest, blackest depths of the heart of the one you love and trust?  Whose mask must you peel aside to find me?  Friend?  Lover?  Child?  Where do I hide, in the light you think you know, and how far away is the onset of night?


Or, am I closer yet?  Am I that half-glimpsed hunger that hides behind your eyes in the mirror?  Do I come only for others, or do I wait behind everyone’s door, waiting only for you to open it?  Am I coming for you next?  Is yours the mask that next I’ll wear? 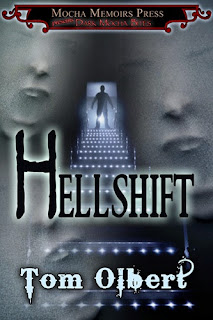 Posted by Tom Olbert at 6:00 PM No comments:

The Truth About Being a Writer

All my life, I wanted to be a writer. I'm not sure why the child me decided that was what I was going to do when I grew up, but it did. Almost from the moment I knew what books were, I wanted to write them.

The magic of words! Putting them together to create stories that other people would find interesting. It would be awesome!

But the reality of the profession is not all glamour and accolades. It's not easy, and writing the book is the least of it. After the book is done, there is finding a publisher. After you find a publisher, or decide to publish it yourself, there is marketing/promotion. There is always something else to do. But don't let that fact scare you away.

If you really want to be a writer, you will do it, no matter what the deterrents--but you need to go into the profession with open eyes.

Where do you start?

Sitting at your notebook, or computer, or typewriter and beginning to put letters together into words. Yes, it is that simple.

But that doesn't mean that the words you come up with will be a masterpiece out of the gate. When you finish your first draft, the party has only just begun. Then you need some real, critical beta readers to give it a look. You need an editor who will tell you what works and what doesn't.

Then, once your work is as polished as it can be (in your opinion), there are query letters or submission guidelines to check out. Submission packets go out. The WAITING begins.

When you are finally accepted, then there is the editorial period with the publisher. After the story is finally COMPLETE, and published, then you will be pushing that book from now on.

But don't despair. There are places to go for help.


Of course, that is only the tip of the iceberg. There are thousands of websites that can help a beginning author get started. Just go into the profession with your eyes wide open. :)

Posted by Rie Sheridan Rose at 1:07 PM No comments: