Fifty internet points to the person who can tell me where the quote in the title is from.

Last week I had great fun at the Mocha Memoirs Press Twitter party. It's always semi-dangerous, letting bunches of us ornery authors out to play together, but somehow we got some actual promotion and book discussion done, too. As I was talking, I realized in a roundabout way one of the reasons I love being an author.

Think of how powerful they are, to convey thoughts into speech or text to another person, to put the images in someone's head into something concrete. That's beautiful to me, magical, a kind of blend of literacy and alchemy. They express so much, yet they're often tricky beasts - people do seem to have loads of trouble communicating, after all, and they like to elude us writerly types at times.

Back in the Bronze Age when I studied voice, I also had to lean at least some correct pronunciation of various languages, since my teachers were fond of classical art songs. As a teen, I wasn't overly thrilled at this, but the feel of each new language rolling around in my mouth was lovely. By time I had learned the song in question I always felt terribly sophisticated and grown up.

Disclaimer: Although I took many years of Spanish, I read it better than I converse with it, and although I can sing songs in German, French, Italian, Hebrew, church Latin, and probably some others I'm forgetting, I can't actually speak them. So unless you want really obscure poetic lyrics you won't understand, it's not much of a party trick.

Still, back then it was interesting to compare the rhythms of the English language versions to the originals, to try to figure out what bits matched which aspects of the translation. Obviously, my parents didn't have to worry about me much in high school.

Anywho, that fascination with words carried into my college theatre training - after all, the bard is a master, and there are many others who are just brilliant at crafting a phrase or a picture with words.

And because I also love history, I really have come to love historical terms for things. I have a closet love for antique vulgarities, and I've put that into play in at least one of my titles. With Mocha Memoirs Press, though, this love of language comes out the most in Mooner. You wouldn't think that could happen in a story about 1800's era lumberjacks being stalked by a vampire, but like most inclusive groups, lumberjacks have their own vocabulary.

I think people mistake beautiful language as always having to be eloquent or sophisticated, and that's just silly. Way back in the high school days I sat in on a career day speaker/writer who claimed that if you took away the definition, syphilis was one of the more beautiful words in the English language. I still say it to myself every so often, and he had a point. There's a certain homey quality to lumberjack lingo, and compared to today's slang, it's more amusing than offensive.

It was one of the draws of writing Mooner for me. Not only did I get to explore my love of pioneer America and the vampire genre, but to do it well I also had to dive in and go all the way. It was fun researching the terminology and it soothed some of my ruffled feathers to add a glossary to the MMP rerelease version. After all, what fun are antiquated words if you can't pull them out and startle your friends and family with them?

So, to get you started, here are a few of my favorites. These are real terms thrown around in lumber camps. Even the title is direct from the culture (and as soon as I saw it I knew that I was on the right track with the story. Some times serendipity really does smile on me).


Blanket fever – Staying in bed when the other lumberjacks are up. Sleeping in and being lazy.

Blanket hoist – A hazing for new lumberjacks, as well as a game or punishment. Someone is put in a blanket while everyone else grabs the sides and throws him into the air a few times.

Dunghister – A farmer. To call a true lumberjack a farmer is an insult that usually leads to fights.

Fever n’ ague – Fever and ache. It is a term used for various ailments.


Get his teeth fixed – The excuse a lumberjack gives when he goes to see a prostitute or brothel.

Knock his ears down – To beat someone up.

Pat on the lip – A punch in the face.

Sluiced – To be killed.

If you're looking for more fun words, plus an unconventional combination of history and vampirism, well, I can definitely help you out. And while you're at it, leave a comment and tell me what you like about words and language, and what type s are the most fun for you to read. Do you like made-up languages in a fantasy setting? Obscure sayings? Little bits of foreign phrases? I realize I'm opening the door up to a hell of a lot, but since we can generally have semi-decent conversations, what words are pleasing to your eyes and ears in fiction? 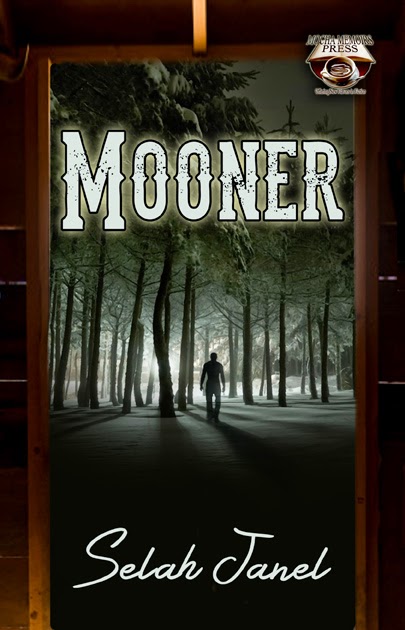 Like many young men at the end of the 1800s, Bill signed on to work in a logging camp. The work is brutal, but it promised a fast paycheck with which he can start his life. Unfortunately, his role model is Big John. Not only is he the camp’s hero, but he’s known for spending his pay as fast as he makes it. On a cold Saturday night they enter Red’s Saloon to forget the work that takes the sweat and lives of so many men their age. Red may have plans for their whiskey money, but something else lurks in the shadows. It watches and badly wants a drink that has nothing to do with alcohol. Can Bill make it back out the shabby door, or does someone else have their own plans for his future?

What Do You Want to Read?

I had been sitting here trying to decide what to write about this month, and realized I was trying to think from the writer's perspective...and what the blog is about is the reader. :)

So, I want to ask you--the reader--a few questions.

Sweet Romance with a touch of Spice?

Try Jacqueline and the Giant or the lovely stories in The Golden Apple and Other Stories.

The Portal Guards is fascinating, or the stories in Avast Ye, Airships! run the Steampunk gamut. :)

And if you like Horror, we have lots of titles to choose from

The Grotesquerie is an anthology by women writers of horror, and In the Bloodstream combines horror and dark fantasy.

2) Do you like to read series connected by theme?

Try the spicy romance of C.A.K.E. -- visit Death's Cafe or the witches of Toil, Trouble, and Tempation

Leave a comment with your dream story and we will see if we can find it for you. ;)

Posted by Rie Sheridan Rose at 10:21 AM No comments: 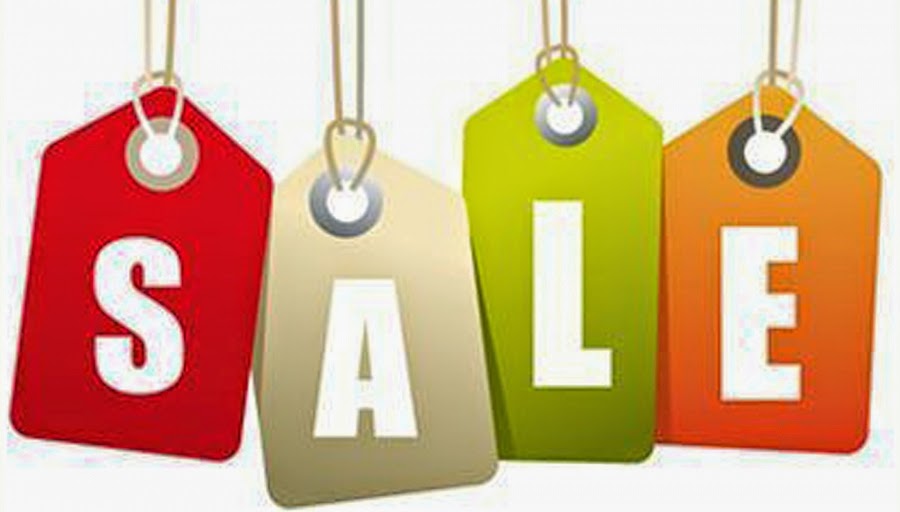 Thank you for liking us!

That's a milestone for us. So, to show our appreciation, we're having a flash sale! This sale is site specific and only offered via the Mocha Memoirs Press website.

From today until Thursday, 4/10/15 11:59 EST, you can get free e-books, discounts, and of course, .99 titles to download to your Kindle, Nook, or e-reading device. We also have discounts on our print titles too!

All of this to say THANK YOU for supporting Mocha Memoirs Press!

The Golden Apple and Other Stories


Genre: Fantasy
Step inside a world of pure imagination, where fairytales, new and old, come to life:
§ Clickety Clackety: Jenna doesn’t quite know how to take the homeless man who keeps after her to play the name game. She’s played along, a good sport. Then one day, she invites him for a cup of coffee and unlocks her past.
§ Cinder’s Ella: Ella doesn’t know what she did to deserve multiple fairy godmothers… especially when they (almost) all get it so wrong!
§ The Golden Apple: Dulcie survived her family with the help of Goat, Bear and Fox. Now she needs their help to add a new member to the family.


Genre: Fantasy
Former witch, Kamilah Lake has sworn off men, that is, until a handsome vet chases a runaway Longhorn bull into her backyard. Dr. Granger Hawkins is straight science, no chaser, no witchcraft, an outlook that promises Kami the normal, quiet life she seeks. But the urge to practice witchcraft and the guilt over her husband’s death remain strong.
Will her past return to shatter her present?


Genre: Horror, Sci-Fi
Daniscar Zenov has been a soldier longer than he was not. With the War over at last, all he wants to do is go home and marry the girl he loves. But in the war-torn future that is his reality, nothing is ever that simple…


Genre: Romance, Sci-Fi
Upon graduating from the cadet training academy, Janna Jameson’s career as a spaceship engineer had been bright, shiny, and full of promise. Assigned to the galaxy-class spaceship, Sirius, she’s managed to incorrectly configure the rear thrusters, burn out the food replicas in cafeteria six and manage to lose both her glove and her left boot—rookie mistakes, that Janna suspects aren’t. Nevertheless, she’s off to a rough start.
Summoned to the captain’s meeting room for a meeting that has been weeks in the making, Janna swears her day can’t get much worse, until the turbo lift comes to a shuddering halt. Janna’s not simply trapped inside of a turbo lift; she’s trapped inside the turbo lift with the one man who excite her more than a brand new stunner array—Trent Taylor.Years ago, newly promoted, junior commander, Trent Taylor, held back his love for Janna to allow her to pursue her career—a necessary choice that pained him. Finding himself locked inside a turbo lift with Janna, he’s going to take full advantage of his second chance. He wasn’t going to waste it. He hadn’t ever been wasteful. He wasn’t going to start today.


Genre: Horror
Vanessa is a vampire. She is on the hunt, and only one thing, one man can satisfy her cravings.

Get 25% off of ASHES AND COFFEE by Sumiko Saulson (use discount code: 9CF6IQK32K on checkout)

Get 20% off of Witch Way is Up by John F. Allen (use discount code: ACWJC77YCX on checkout)

Spread the word about our e-books and save (only available via our Payhip site)!


30% off The Concierge
20% off Avast, Ye Airships
25% off Strange Bedfellows: His Phantom Caress
15% off The Light at the End of Judgment and Day 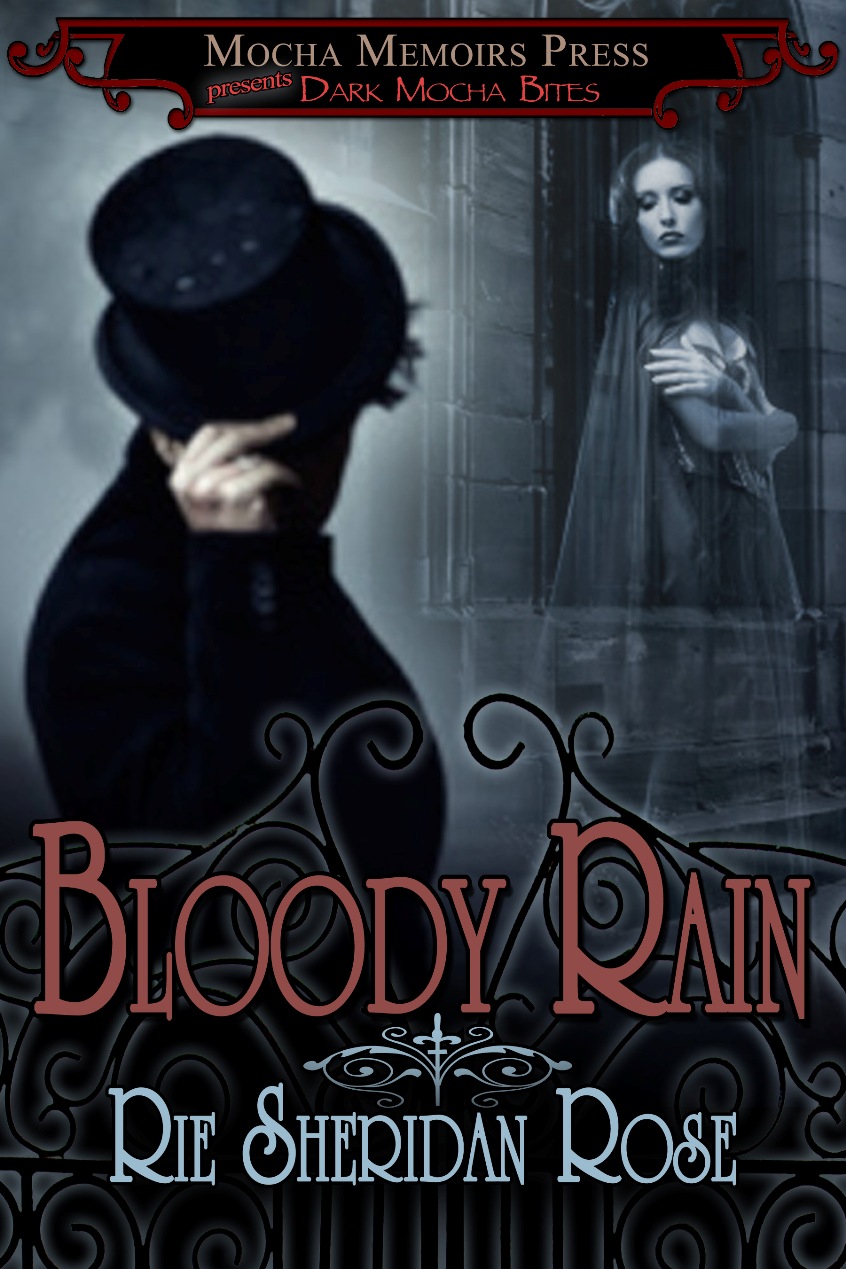 For over a hundred years, the world has wondered whatever happened to Jack the Ripper. Could the answer be hiding in the cold Whitechapel rain?


Free for a limited time!


Thank you for supporting Mocha Memoirs Press! Join our newsletter to stay abreast of more sales, discounts, and freebies! Just click the newsletter signup below.

Posted by Mocha Memoirs Press, LLC at 5:11 PM No comments: