The power of Jack...

And, as May blossoms (finally) and we rejoice in nature's rich (if late in coming) grandeur, I find myself drifting instead to darker places, to gas-lit streets in the dead of by-gone nights in asking this question:  What is the power of Jack the Ripper?

Why does history's most famous murderer hold such fascination, not only for amateur crime enthusiasts, but for fiction writers?  Mocha's own Rie Sheridan Rose tackled the White Chapel monster in "Bloody Rain."  Back in the late 1960's, Harlan Ellison delved into the mind of Jack and blended his 19th century darkness with an imaginary future society in the mind-bending, horrifying science fiction tale "The Prowler in the City at the Edge of the World" (a sequel to Robert Bloch's short story "A Toy For Juliette".)  Jack seems to fit neatly into the realm of the fantastic and the paranormal.  Science fiction authors like to imagine Jack as the host for alien or demonic entities that feast on the fear and horror he generates.

So, what is it?  Of all history's innumerable murderers, what is it about this one that seems to hold so special a place in the darkest corners of our imagination?  The obsession with Jack may be partly attributable to the fact that his tale remains an unsolved mystery.  Who was he, really?  Why was he never caught?  Or, was he?  Ludicrous conspiracy theories abound, even to the point of wild flights of fancy involving the Queen's physician and a Free Mason conspiracy reaching all the way to the throne of England.

But, the mystery aside, I think there's more of a dark, primal appeal to Jack.  He was a real-life manifestation of brutal misogyny.  The brutality, the cold yet savage nature of his crimes, coupled with an apparent medical knowledge and meticulous attention to detail seem to scream hatred.  Hatred of women?  Or, of sex itself?  Of life itself?

Some of the urban legends of the 1950's were intended to scare teenagers out of having sex, which inspired a generation of brutal slasher films.  Jack, if looked at in that light, takes on the image of an enemy of life itself; dark, invisible and inescapable as Death itself.  Murder is often the result of male rage or hatred fueled by lust, and most victims of serial murders are women, often prostitutes.  But, Jack wasn't just some random, fiery-blooded animal with a knife.  He was cold, systematic and methodical.  That special kind of darkness in man spawned more of the mind than the body.  He liked to write poetry that he sent to the press.  Like a child looking for attention, perhaps?

He was most terrifying perhaps, because he was outside the confines of life, outside those forces that drive and define normal human beings.  At least, maybe his own belief that he was fueled his ego, perhaps even to the point of messianic delusion?  The god-like detachment that perhaps many serial killers feel is maybe nothing more than a childish fantasy conveyed horribly into adult reality.  A boy mutilating girl dolls.  But now, it's real.

But, maybe the most fascinating aspect of all is the question of whether that kind of transcendent evil really is nothing more than a child's dark fantasy come to life, or is it something purer than that?  Is evil merely a perversion of life, or is it truly primal? 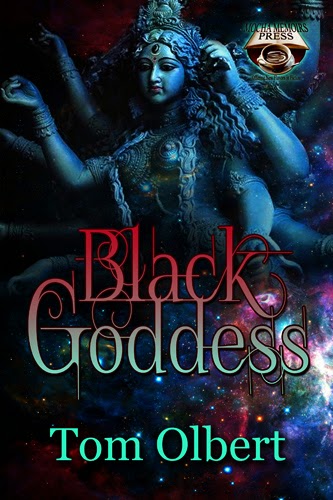 In "Black Goddess" the protagonist has lost all hope of making any sense of life and comes to the conclusion that what we call evil is really the dark core of existence, and all else merely illusion surrounding it.  He becomes obsessed with finding that dark core of primal darkness at the center of the universe so he can truly comprehend it.  But, he is turned from his dark path when he discovers that love is real, and can counter the darkness.


In "Hellshift" evil hides in the darkness, a stalking, unseen presence that is perhaps man's punishment for all the evil he's done.  The protagonist lives his life in fear of this unseen evil, but in the end discovers that what he feared most was hiding inside him all the while.

Maybe that's the way it is with Jack, too.  Maybe he embodies the darkness hiding in all of us. 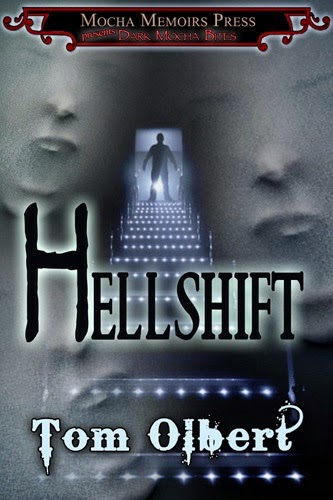 Posted by Tom Olbert at 6:00 PM No comments:

The Merry Month of May--Make It Matter!

Hard to believe that the year is a quarter gone already. That's what happens when you are busy. And I have been busy--how about you?

At the beginning of the year, I set a goal. At the time, it seemed like a lark. By March, it seemed like a chore. Now, it feels natural. That's the way a daily habit gets to be. Even though I have already promised myself I won't keep it up next year, I don't know if I will be able to stop...I know, at the very least, I will continue to produce more work faster as a result of this year's challenge.

The goal this year was to submit at least one piece every day this year. Counting today, that was 124 days ago. I've made 137 submissions. I tell you this to show that making a goal can push you to heights you never expected!

Set a goal. Any goal. It's not too late for a Resolution! Write 3 pages a day. Submit 2 pieces a week. Write a novella this year. Make it as small as you want, or as daunting--share it or don't--it's all up to you.


And for a bit of inspiration, check out the deals at the Mocha Memoirs Spring Fling Sale. It runs through the 10th.

Bounce into a Good Book with our SPRING SALE! 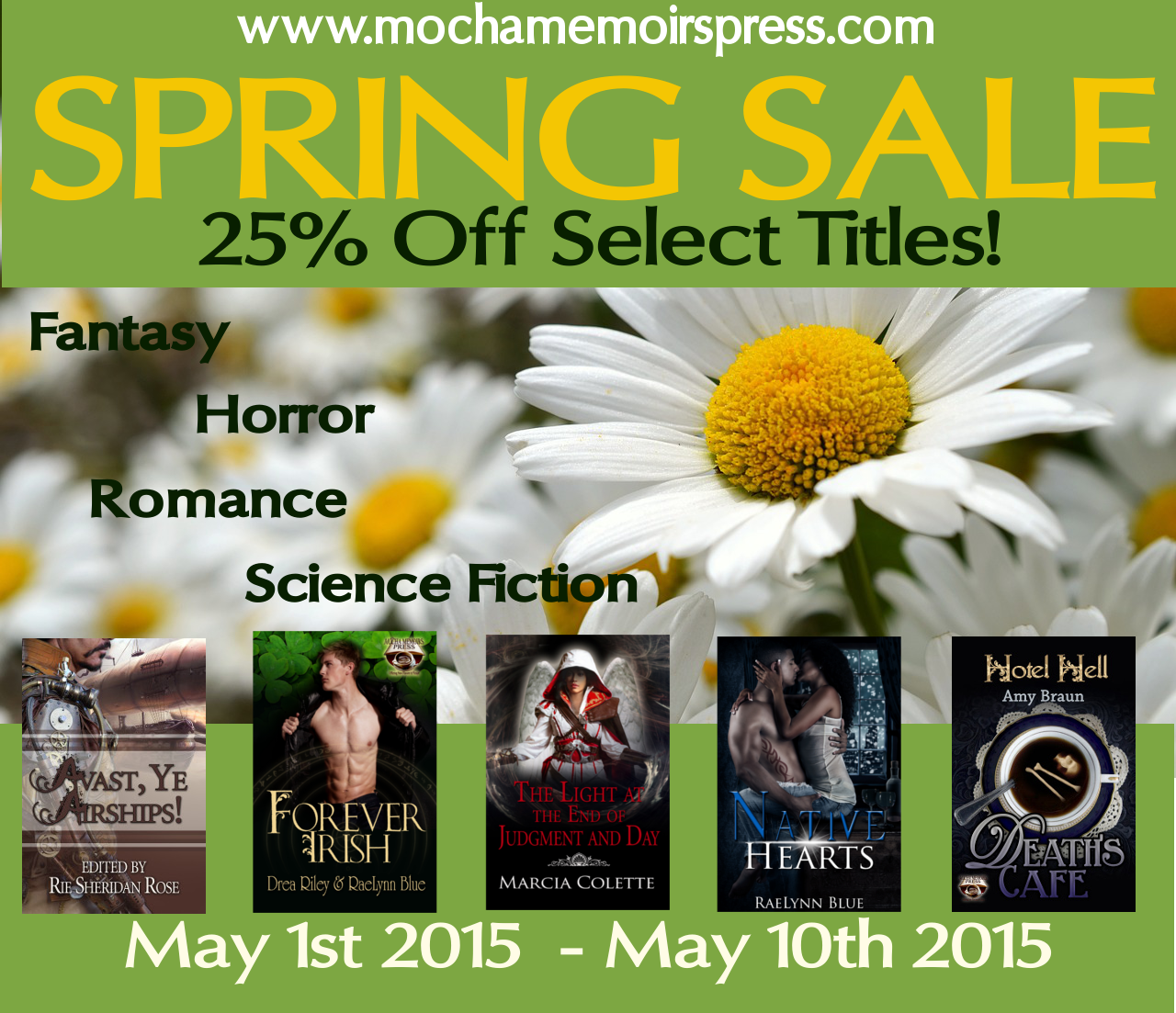 Savings have bloomed during our Spring Sale!

If you've been waiting all winter to load up your Kindle, Nook, or tablet with beach reads and summer sizzlers, this is the sale for you!

We're giving you 25% off the following titles or more. Straight up. This sale is only available through our website. So, you won't find these deals at Amazon or BN.com.

Below is a list of Spring Sale discounted titles. Click on the hyperlink or visit the website for more information! Fill your e-basket with these fantastic stories.

Sci-Chai:
Subject 82-42
Moses: The Chronicles of Harriet
Rie Tales: A Collection of Stories

Sword& Mocha (fantasy, urban fantasy):
The Light at the End of Judgment and Day
Thomas in Fairyland
The Golden Apple & Other Stories

Mocha Moments:
A Complete Woman
The Other Man 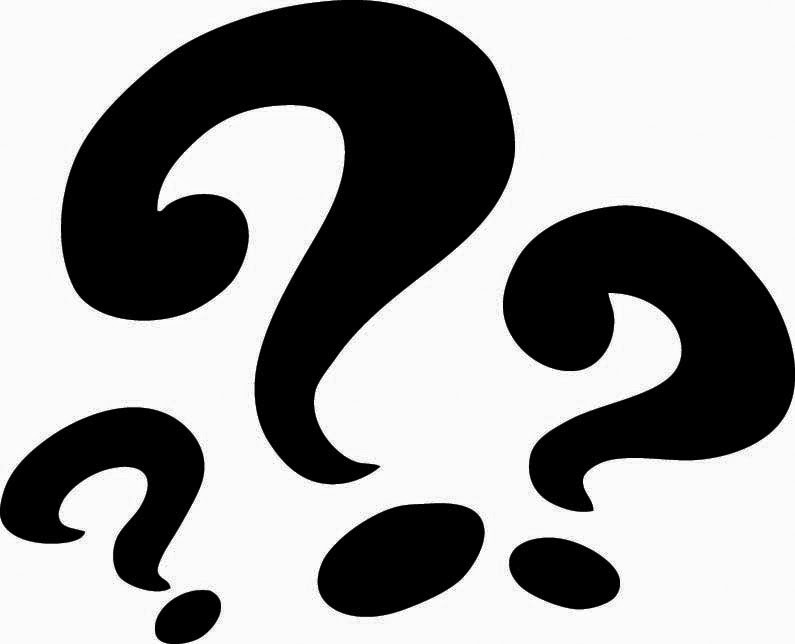 What's Payhip?
Mocha Memoirs Press wants to give you easy access and great, exclusive prices on, our books. To do that we, we use Payhip to handle our e-book transactions. With PayHip you can complete your purchases via Paypal, credit card, or debit card. The process is simple, safe, and secure.

The great news is your newly purchased downloaded e-book is ready to be placed on your Kindle, Nook, iPad, Android device and most other portable reading devices in seconds! And as an added bonus you claimed your loot at an exclusive price not found at other retailers.

Not ready for PayHip? No problem. You can still purchase our books on Amazon, Barnes and Noble and other online book retailers.

Posted by Mocha Memoirs Press, LLC at 12:30 AM No comments: