Tackling Another Writing Prompt and The Other Man is Out!

Greetings all! Last month, I interviewed the amazing fantasy writing Wynelda Ann Deaver. This month it's my turn to be in the hot seat by replying to a writing prompt she gave me. And what a writing prompt! I'll highlight the prompt in bold and then try to go from there.

A zombie, a vampire, a werewolf, and a druid are in a bar. Bottles and glasses sit before each, though they're just a pretense, an excuse for being there. What they're really after cannot be found within the confines of a mug or bottle, cannot be found within the buzz of alcohol. They give the appearance of jocularity and conversation, but they are all on the hunt. All have their senses attuned to the goings-on around them in the little dive.

"What about that one?" the werewolf asks, nodding to a long-legged brunette. She's already been approached by a businessman who's attempting to teach her how to play pool. She already knows how, but she lets him go through the motions. The wolf wrinkles his nose in derision at the tableau. He's already transformed, doesn't even try to hide what he is. No one cares in this place.

"No," the vampire growls after a look up from his phone. "Not enough brain cells if she's led that easily." He goes back to texting, unimpressed.

"Wonder what she's doing here," the druid remarks from the depths of his hood. "She doesn't seem the type. Not for this place." He doesn't look at most of those in the bar, not because the fabric blocks them out, but because there's no reason to. Very few even care about the old ways anymore, and the old ways are what he's bound to.

"A lot of new blood here tonight, at least," the vampire points out. It's so hard being referred to as just 'the vampire,' but for the moment, that's all he is. That's all any of them are: a type, a creature, a possibility. He wonders if those that come in feel the same way about themselves or if they know the power they have. A shifter who's currently in the form of a large, sleek panther struts by with a petite blonde and it's hard to ignore the smug smirk on the lucky bastard's face.

"I wonder if this is how they feel when things pass them by," the wolf grunts, also distracted by those pairing off. A mermaid clings to a guy that looked to be in college, and a gorgon giggles at the end of the bar with a doctor.

"Who knows how they feel. It's impossible to know when we're at their mercy," the druid replies with a tired, exhausted sigh. "You guys are popular, at least. Who's going to actually take a look at one such as myself?"

"That's why you stick with us," the vampire insists. "Someone's bound to notice you with us." It was only mildly comforting. After all, all of them were shadows of what they should have been, their colors pale and faded against the ambiance of the bar.

"Gnnnnnggggggh," the zombie sighs and scratches an ear. It falls off into his drink, but he fishes it out, wrings it off, and smacks it back onto the side of his face.

"He's right. We've been here way too long," the werewolf mutters, digging into the matted fur on his forearm. Boredom sucked, but fleas really sucked.

"You want to try another bar then? Do you even know of another place that caters to our kind?" the vampire challenges. His eyes wander as a redhead who looked like she'd fallen out of a mall's goth store strides by, eyeing the pickings. Her blue gaze wander over them briefly, but she keeps moving. She perks as soon as she sees the resident elf rockers setting up and wastes no time going over there under the pretext of offering help.

"Coulda told you she wasn't into any of us," the druid snipes, then straightens. "Over there."
Everyone at the table turns, and the robed one shakes his head so fast, he nearly loses his hood. "Don't look all at once!"

"Maybe," the werewolf admits, and tried to lean back in his seat, all cool and confident as he flashed the grin his muzzle would allow. "She looks intelligent, at least."

"Definitely," the vampire hisses and stands, then sits back down. "Should I go over there?"

"Nnnnnnnngh!" the zombie snarls and tries to get to his feet. It had been so long, though, he only wobbles forward.

"He's right. Who says she's lookin' at you?" the werewolf challenges, ears flattening.

"Being a vamp ain't enough anymore!" the were rants. "We've all been waiting just as long. You can't assume-"

"Uh, hi there," a soft, tentative voice says. It's the girl they were discussing moments before. She's not in cocktail wear, not falling out of a camisole or sporting a miniskirt. If anything, her t-shirt and jeans are typical and boring. She shoves her glasses up her nose nervously and tucks a strand of hair behind an ear. "I've never done this before, but I couldn't help but notice you..."

All four at the table perk, nearly falling over each other to get to their feet, drinks knocking over and long since neglected. They give each other 'told you so' looks and wait.

"Yes, which one of us were you talking to, my dear?" the druid asks. It's been a long time since he's had to be smooth, but if it means moving beyond pleasantries, he'll do his damnedest. He smooths his robes, fussing with the ornate embroidery that he's never noticed there before.

"Chicks love weres," the wolf insists and puffs his buff chest out, though it's hard to see his definition under the gore and hair. He frowns and glances down. Was that blood there a minute ago?

"No, vampires are always going to win out on that one," Lucien insists, and is startled to realize that he finally has a name. The leather gear he's suddenly dressed in intrigues him. He wouldn't have pegged the girl for those kind of thoughts. He flashes a dazzling smile down to his fangs and his long auburn hair moves as he approaches her. "Isn't that right, beloved?" He's startled by the mix of young and old, wonders just what's going on in that head of hers.

"Gentlemen, isn't it obvious by our current transformations?" Bob Amberson, once a rebel against the viral project his goverment team was testing, now a zombie cuts in and the others blink to see that he already had the girl by the hand. His rotting teeth curve into a pleased grin and his patches of hair wobble with his head. His suit is musty and worn, his body decaying, but that doesn't put the girl off at all.

"Actually, I was thinking all of you...if that's okay," she explains, a faint blush on her cheeks. "I don't know if it's conventional or if I'm supposed to do this, but...well, I want what I want," she whispers, dark eyes flicking down to the floor, then back up. "And I want all of you."

Their breaths catch. Of everything they'd assumed and had planned, this was a development none of them saw coming. "Are...are you sure?" Lucien asks, suddenly unsure if he can live up to the demanding task.
He shares a glances with Cal the wolf (when did he know his name was Cal?) and sees the same hesitation in his eyes.

"Are ya sure you can handle all of us?" Cal barks, and looks down to the stained denims and motorcycle jacket he's now wearing. His coloring has come back and he looks to have grown a couple of feet, making him even more lethal, more dangerous.

The girl smiles calmly, though her eyes dance behind her glasses. "Oh, I think I can. There's nothing I love more than a good idea, and you, gentlemen, are some amazing ideas. You'll be phenomenal characters for what I'm planning," she breathes.

Ulhane the high priest of the lost forests of Yerna bows low and takes her other hand. "Then it is our pleasure to accomodate you, young one. You obviously have a deeper understanding of us that even we did not see at first."

They walked out in a little group into the night leaving behind Inklings, the bar that catered specifically to ideas without a home and the authors that look for them.


***
Like? Loathe? Not sure what you just read? Let me know! And if you're looking for something to read, I just happen to have a new release out this week! 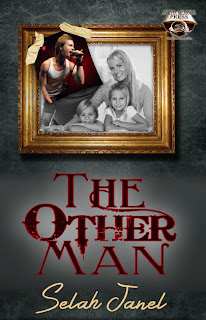 All Andrew wanted was the typical American dream: a good career, a nice house, and a loving family. Instead, he has a dead-end job, a cramped apartment, and children who remind him of creatures out of a sci-fi movie. He’s also well aware that he’s not the only man who inhabits his wife’s thoughts and daily life. How can he put up a fight when he’s reminded of the competition every time Bethany turns on the CD player? After one eventful evening meal when expectations, disappointments, and secrets collide, life will never be the same.